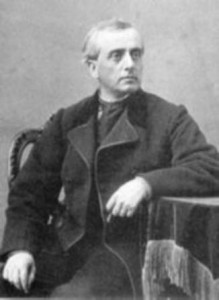 Guiseppi Fiorelli differentiated his digging methods from those prior to him. Rather than excavating the buildings from the ground up, Fiorelli preferred to work from the top down in order to keep the buildings from caving in and destroying them completely. He also tried to connect excavated areas that were sporadically dug, giving them context as to how the town was laid out.

Another difference between Fiorelli and previous excavators involves the artifacts found there. Fiorelli preferred to leave them in the context of the city rather than moving them to museums. On one hand, this allowed people to see these objects in their rightful place. The downside to this is that it leaves opportunity for looters to steal them or the pollutants in the air to cause decay. 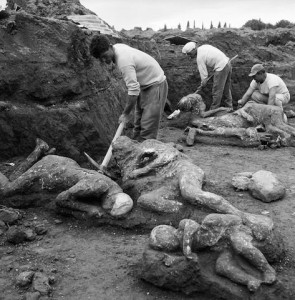 Fiorelli thought that organizing the houses found, changing protocols about removal of objects, and an improvement in digging methods were all important to the preservation of Pompeii, however, his most important contribution is his creation of plaster casts. By injecting plaster mixture of paris and glue into the empty spaces of volcanic ash that a biological entity once occupied, he found that he could replicate the features of humans, animals, food, and other perishable items. This was done by allowing the plaster to harden and then removing surrounding ash to reveal the cast made inside (Dwyer, 2010).